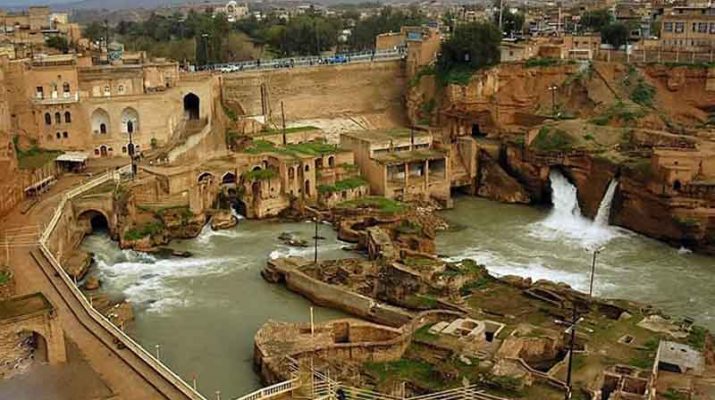 For our Iran West tour, we start from Tehran and head to Qazvin, traveling from the capital of Iran to this beautiful historical city, a former capital of Iran under the Safavid dynasty and now a provincial capital that has been an important cultural center throughout history. Qazvin has played a great role in some parts of the history of Iran. There are still several historical buildings from the Safavid era, dating back to the period when Qazvin was the capital of Iran. Perhaps one of the most famous surviving buildings is Chehelsotoon; you will certainly be stunned by this amazing building and the power of its Iranian architecture!
Then we will head to Zanjan. Different opinions regarding its name have been presented by researchers and writers. According to Jahangiri (a historical book) the city flourished during the Sasanid era (the last dynasty before Islam) and the city was known as Zandigan, which gradually changed to Zanjan. Until the late ninth century AH, Zanjan was uninhabited. During the Safavid era the city was rebuilt and re-started its life. However, according to travelers and tourists, and also historical texts and archaeological studies, the history of the city dates back to 3,000 years ago, despite the fact that the current structures of the city are fairly new. In different periods Zanjan has been destroyed by enemy attacks and a new city built over the ruins of the old city. In the past the city was situated on the Silk Road trade route from India and China to Europe; due to this it has attracted lots of attention.

The next town that we will see in the Iran West tour has a long and bright history; some of the ancient sites date back to 1500 BC. Tabriz contains many historical monuments representing the development of Iranian architecture in its long historical timelines. Most of the preserved historical sites in the city belong to the Safavid and Qajar periods. Some of the sightseeing in Tabriz includes Shahriar tomb, the Bazaar of Tabriz (the biggest traditional Bazaar in Iran), Masjede Kaboud (blue mosque), and Ey Goli Park.

Then we will go to the Takht-e Soleyman in Western Azarbaijan. Takht-e Soleyman, also known because of the Azar Gashtas fireplace (literally “the Fire of the Warrior Kings”) is an archaeological site in West Azarbaijan, Iran. It lies midway between Urmia and Hamadan, very close to the present-day town of Takab, and 400 km (250 mi) west of Tehran.
Our next visit will be to the capital of Kurdish culture and Kurdistan province in Iran. Kurdish music and dance are very strong elements of the Kurdish culture and have been maintained over many centuries within the society. People in Sanandaj also enjoy their own variations of Kurdish dance, with specific gestures that give a unique flavor to this happy folkloric dance. Sanandaj is the 23rd largest city in Iran and it has many historical buildings that date back to the Safavid and Ghajar times, such as a big bazaar and many mosques, historical houses and bathrooms.
After that, we’ll go to see an extremely beautiful and old city. Hamadan is one of the oldest cities in not only Iran but also the world. Its historical origins date back to centuries before Christ. Hamadan, which was the summer capital of the Median and Achaemenid, was once called Ekbatan or Hegmataneh, meaning a place of assembly. Hamadan is one of the cradles of Oriental civilization. According to historical records, there was once a castle in this city by the name of Haft (seven walls), which had a thousand rooms and its greatness was like the Tower of Babylon. Also, it is interesting to see the Ganj Nameh, the oldest Achaemenian rock carvings, dating back to the sixth century BC.
Because of its antiquity, attractive landscapes, rich culture and Neolithic villages, Kermanshah is considered one of the cradles of prehistoric culture. We’ll visit its beautiful places such as Taghbostan, a series of large rock reliefs from the era of the Sassanid Empire (224–651 BC). This sample of Sassanid art is located 5 km (3 mi) from the city center of Kermanshah, right on the edge of the city. We also visit Bisoton, which is registered as a UNESCO World Heritage Site. The Bisoton site includes the multi-lingual inscription written by Dari, the king of Achaemenid, and some other important features such as the Qajar dynasty monuments.
Next, we are off to see the final beautiful city in this trip. Many ancient civilizations arose from Susa, such as Ilam and Achaemenid. Susa is a part of Khuzestan province; it was once the winter residence of Achaemenid kings after having been captured by Cyrus the Great. Excavations show that the city’s occupation goes back to 4200 BC. Artifacts discovered at the site include carved cylinder seals, jewelry, clay balls and clay tablets with cuneiform inscriptions recording business transactions, political history, and mathematical calculations.
We will go to see several amazing places here, such as the remnants of an Ilam temple named Choqazanbil, and two old palaces: Apadana Palace and Ardeshir Palace. In addition we will see some other historical places such as Haft Tape (seven hills), Karkhe River, Susa Castle, and more.
Our trip will finish here, but I promise that if you experience this trip, you won’t be able to keep from seeing the other parts of Iran and you will be sure to visit them – or maybe even see these amazing places again!