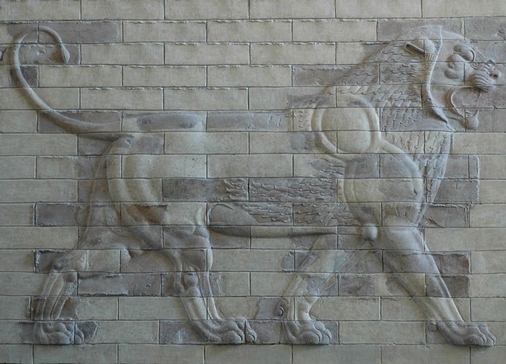 A long Iran travel waiting for you. You will see a big part of Iran but not all of it. Your airplane land in Tehran and your travel start from there.
Tehran is the biggest city in Iran and it is situated south of “Alborz” Mountain range and if the weather is clear maybe you can see the highest mountain in Iran “Damavand” from Tehran, the most annoying thing in Tehran is the traffic. Tehran has the most important museums in Iran.
After Tehran, we start to move to Qazvin, a city which was on the silk road. Qazvin has a very characteristic Bazar Also this city was the second capital of Safavid due to that we can see some building from this era.
After Qazvin, we start to move to Zanjan. 20 Km before Zanjan we will see the most iconic building in Zanjan city which is called Soltanieh Dome. This dome is the third biggest dome in the world.
We continue our travel to Iran to Tabriz city. Tabriz is a city which played a great role in Iran history specially Safavid era. The people in the Tabriz city speak among themselves in Azari language which is close to the Turkish language. Now, this city is also has a great role in economic. In this city, there is a big factory of tractors, also Tabriz is famous for producing leather and shoes. Tabriz Bazar is one of the biggest covered traditional Bazar in the Iran. We can also mention the blue mosque and Tabriz Museum as the two most important sightseeing in Tabriz.
Today we drive toward Sanandaj city but en route we will visit one of the most important ancient sites during our travel to Iran which is called Takhte-Soleyman (Azar-Goshtasb fire temple). This ancient site has been build in Sasanid era as one of the most important fire temples in Iran, This fire temple belonged to the commander and army social class and has the different part like Azar-Goshtasb fire temple, Anahita temple, the tall wall and a big gate. There are some other buildings in the area belonged to Mongol era which was built after other buildings. We continue our travel to Iran toward Sanandaj, the second biggest Kurdish city in Iran. Sanandaj situated in the mountainous region. Most of the people in Sanandaj are Sunni and they speak among themselves in the Kurdish language. After Sanandaj, we will head toward Kermanshah the biggest Kurdish city in Iran. Kermanshah is on of the Metropolises in Iran. The most of the Kermanshah province income come from agriculture. Kermanshah also has some of the most important ancient sites in it, for example, we can mention “Tagh Bostan”, “Bisotoon”.
Now we are driving toward “Khorram Abad” the biggest Lurs people city in Iran. This city was an important city during Elam civilization. In Sasanid era by the order of the second Shapur, another city was built on the ruin of the old city, the most iconic building remained from the Sasanid era is “Falak-ol-Aflak” castle which is the symbol of the city now.
We continue our travel to Ahvaz, The people of this city are the mixture between Persian and Arabs, so it is normal to see people speak in the Arabic language together or wearing Arabic cloth. Ahvaz region was the cradle of Elam civilization Ziggurat is one the most important structure remained from this era, also this region was one of the capitals of Achaemenid empire, There are some palaces remained in the Susa( a city close to Ahvaz) from Achaemenid era.
We continue our travel to Iran toward Bushehr a coastal city beside the Persian Gulf. Archaeologist estimate that the city was founded at the time of Ardeshir the king of Sasanid.
We travel toward Shiraz, en route we visit one the most important ancient sites remained from Sasanid era. Beshapur is founded by the first Ardeshir the king of Sasanid in 226 A.c. Near to the city are some of the Sasanid reliefs shows the glories Sasanid victory against the Roman empire. We continue our travel to Iran toward Shiraz city. Many Iranian people know Shiraz by its famous poets, we can name Hafez and Saadi as the two famous poets in Iran. Shiraz is also known as the city of gardens and flower. The amazing Bazar of Shiraz, castle and “Shahchragh” shrine are some of the attraction of the Shiraz city. Persepolis and Necropolis are two of the most important sightseeing close to Shiraz which we will see them in this part of our travel to Iran.
After visiting Shiraz we head to Yazd city. Yazd is a city situated in the middle of the desert and due to this, the city has special characters. We say Yazd is the city of wind towers and Qanats. The houses in the old part of the town made from mud bricks and the old style of the city are still very good conserved. A small portion of Yazd population are Zorastarins and they have a fire temple in the city.
After visiting Yazd we drive toward Isfahan. Isfahan was two times the capital of Iran first time in the Seljuq dynasty and the second time in the Safavid dynasty. Most of the monument you will see in this city date back to Safavid era. Isfahan considered as one of the greenest city in Iran. At the middle of the city pass a river which called “Zayandeh Rud”. This river has sometimes water in it and sometimes it is dry.
The last city in our travel to Iran is Kashan. This city also situated at the middle of the desert. Because of the earthquake in Qajar dynasty period, most of the remaining building in this city are for after the earthquake. Kashan city produces the best Rose Water in Iran.
After visiting Kashan we drive toward Tehran airport and finish our travel to Iran with good memory.